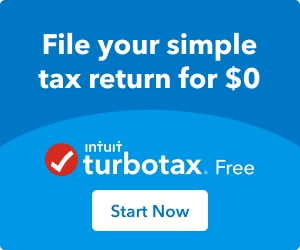 We don’t have to tell you what makes Canada great as you have already put a lot of effort into making your move and starting a new life with your family and loved ones.

As a new immigrant, your first year is undoubtedly the hardest as you are adapting to your new environment and learning a new culture & different aspects of life. Filing taxes is right up there on the list of strange concepts for many – but don’t worry, that’s what we’re here for.

What do newcomers need to know about taxes in Canada?

If your return is filed past the due date, you will be liable for penalties and interest on any amounts owing for that tax year.

How Much Taxes Do New Canadians Have to Pay?

The amount of income tax you have to pay on your Canadian and foreign income while a Canadian resident depends on the total income, your deductions and your family situation.

It also depends on which province you live in, since each province has their own tax brackets, in addition to the federal brackets.

An easy way to get an estimate on your tax refund or taxes owed is by using a free income tax calculator.

Why should I file a tax return?

A tax refund happens when the government sends you back all or part of the taxes you’ve already paid because either you didn’t earn enough income during the year, or you paid too much tax.

If you work in Canada, or receive income from foreign sources, you’ll have to pay taxes on the money you receive. Filing makes sure you’re reporting all income you’re aware of, which can help avoid penalties and fees that you may receive if you don’t file.

When you file taxes for the first time, you’ll have to submit your information by mail. When the CRA processes your first tax return, you’ll be able to file your taxes online through NETFILE every year afterwards. It will also help keep track of your tax information in one convenient location, your CRA My Account.

If you work as an employee and receive cheques, your employer automatically deduct taxes from each pay cheque, including; CPP, EI, and Income.

However, if you make less than a certain amount of income during the tax year, some of that tax will be sent back to you.

If you’re 19 years old or older, you may also be eligible for a larger refund through refundable credits such as:

Even if you did not receive income during the year, it’s a good idea to file a return so that CRA can determine if you are eligible for any benefits.

Are you a resident of Canada for tax purposes?

The criteria the Canada Revenue Agency (CRA) uses to determine whether you are a resident for tax purposes are not the same as those used for permanent residence status or Canadian citizenship.

How Do I File My Return?

What Information do I need to file my return?

Generally speaking, you’ll have to provide basic personal information such as your full legal name, your address, and all income from the previous year, in addition to the following: The only tax checklist you need

Get organized and tackle your taxes like a pro. This tax checklist tells you everything you need to file your 2022 return on time and accurately.

What if I have Foreign Income?

Any income you earned before you arrived in Canada is not subject to Canadian taxes. However, once you are a Canadian resident for tax purposes you have to declare all income from anywhere in the world on your tax return.

If you declare foreign income on a Canadian tax return:

In some cases, income you have earned from outside of Canada may be exempt from tax in Canada due to a tax treaty with your previous country. You must still report the income on your tax return. You can deduct the exempt part on line 25600 of your tax return.

Do I need to declare foreign property?

When you’re a Canadian resident, you have to report any foreign property you own outside Canada with an adjusted cost base above $100,000 at any period during the year. This includes bank accounts, stocks, bonds and real estate. You make the declaration on Form T1135, Foreign Income Verification Statement.

Get the tax support you need and the refund you deserve.

TurboTax helps you find deductions and credits you're eligible for, to save you money at tax time. And, you can choose to connect with one of our tax experts if you have questions.

Emily Verrecchia
Emily has been an accounting aficionado since 2005 working mainly in the investment and real estate sectors. She has had the pleasure of running her own bookkeeping business, as well as helping individuals with planning for and filing their individual tax returns. Her wanderings have allowed for much experience and perspective. She now works as a Tax Expert and gets to write about taxes and personal finance with TurboTax Canada. When she is not looking up new tax credits, she is spending time with her highschool sweetheart, Eric and their two children whom she adores, Annabelle and Taylor. Her weakness is her mini Aussie, Maple, AKA Fluffer. In her spare time, she immerses herself in her Reiki studies to experience some contrast and reset her soul!