Do First Nations Residents Have to Pay Tax in Canada?

It’s a misconception that native people in Canada are free of the obligation to pay federal or provincial taxes. First Nations people receive tax exemption under certain circumstances, although the exemptions don't apply to the Inuit and Metis.

This leads to the impression that natives don't have to pay tax like other Canadians, which isn’t true according to Bob Joseph, president of Indigenous Corporate Training, Inc., a British Columbia-based company specializing in helping corporations work with aboriginal people.

“All Canadians are required to pay taxes, but they can take advantage of various options to reduce the amount they have to pay,” says Joseph. Section 87 of the Indian Act provides Status Indians with certain benefits.

A Status Indian is a First Nations person eligible for registration under the act, which provides a number of rights and benefits, including the right live on an Indian reserve.

“Having status enables native Indians to avoid being liable for taxes on personal and real property if it is located on a reserve,” he says.

“This includes income, which the government considers personal property if the person earns the income on the reserve. Metis and Inuit people typically don’t live on reserves, but even if they do, the exemption is reserved for people whose names appear on the Indian Register. “

Even if this exemption wasn’t available, all Canadians need to earn enough money to pay taxes. “With Status Indians on reserve earning less than $15,000 a year, their tax burden would be minimal if not zero,” Joseph notes.

Any income earned off-reserve is taxable by the Canada Revenue Agency, and this applies to all native and non-native people.

The annual income threshold varies among the provinces, but in most regions, earnings less than $8,000 are not taxed. "Many native peoples may work part-time or as casual laborers, particularly Status Indians who live on reserves located far from economic hubs, as well as Inuit and Metis.

If their earnings are lower than the taxable amount, they aren’t eligible to pay any income tax," explains Joseph.

The benefits of paying lower taxes for Status Indians extend beyond the obvious advantages of reduced financial obligation to the government.

The primary reason for the exemption is to preserve the Indian people's entitlement to reserve lands, by making it possible for them to live and work on the reserve affordably. There are other advantages too, however, notes Joseph.

“It also encourages an entrepreneurial spirit for sole proprietors, and (it) has left the door open for First Nations people to explore their own property tax regimes,” he says. 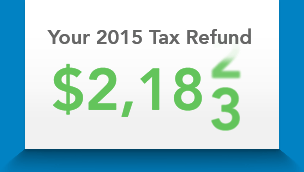